In the early 1990s, Indomie was introduced to the people of Egypt through various marketing delegations from Indonesia and Saudi Arabia. At that time, introducing the product was quite difficult because instant noodles were a new concept to the Egyptians. Indomie was a brand new product that has never been available in the country.However, with dedication and hard work from our marketing delegation, step by step Indomie is known throughout Egypt, even though for several years the numbers of consumers for Indomie in Egypt are quite low.In 1997, a partnership was established between local entrepreneur named Maher Abu Alata and Wazaran Group, to set up a company specialized in Export, Import, Distribution and Marketing and the company named “Transworld”. The aim for setting up this company is to import and distribute Indomie in Egypt. The obstacles that were faced by the company is the limited availability of imported products, while on the other hand the market demands is increasing year by year.In 2005, Salim Group, as the principle owner for the Indomie brand, is willing to participate in developing the business and distribution of Indomie in Egypt, by not depending on the imported products from Pinehill Saudi Arabia. Thus, the management of Salim Wazaran Group Ltd.(SAWAZ) in Jeddah and Transworld have both decided to build a production factory in Egypt.In 2006, a company specialized in production was established and named “ Salim Wazaran Abu Alata, Ltd.”SAWATA. SAWATA is a limited liability company(LLC) that was established together by Salim Wazaran Ltd. (SAWAZ) in Saudi Arabia and Abu Alata Co. in Egypt.On the 1st of October 2009, Instant Noodle factory located in an industrial area, Badr City Cairo Egypt was commercial production Indomie and to be distributed to all over markets in Egypt. 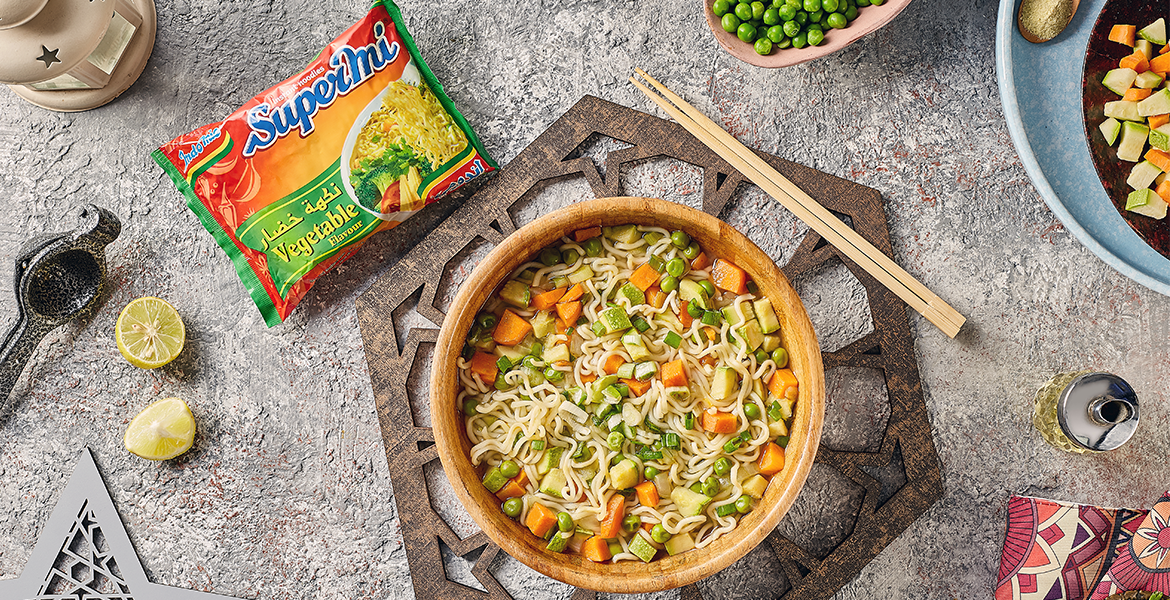