What kind of wheat Indomie is made of?

Indomie is made of the Egyptian excellent hard wheat flour.

What’s the edible vegetable palm oil and its characteristics?

Palm oil is a vegetable oil that contains:
a. The healthy oleic acid; as in the Olive oil.
b. Vitamin A which is necessary to the optical purple, teeth, skin health and body growth.
c. Vitamin E which organizes the work of the Pituitary gland, helps the fetus’ growth and strengthens the heart and blood vessels.

What are the Vitamins of the wheat, and their functions to the human body?

Wheat is rich of B complex vitamins which helps the growth and its part of the composition of many of the enzymes that are catalysts in food dismantle and digestion and is therefore considered necessary to obtain the needed energy for the body and also vitamin B prevents nerve spasm.

What are the minerals of the wheat?

a. Iron: essential in the blood hemoglobin formula.
b. Calcium: strengthens the bones and the teeth.
c. Potassium: helps the neurotransmitters.

What are the nutritional values in the wheat?

Is the frying oil used to cook Indomie healthy?

Yes, the oils used in cooking Indomie are light and healthy vegetable oils.

Is eating a lot of Indomie bad for me?

No, because Indomie is a meal full of nurturing elements as; vitamins, proteins, carbohydrates, salts and minerals with different percentages. But still, we should provide our bodies with all types of food to get all nutritional values in balanced percentages such as fruit, vegetables, meat… etc

Can Indomie be eaten as a snack?

Yes, because Indomie can be prepared in 3 minutes and also it’s made of the Egyptian excellent wheat, steamed and then fried with vegetable oil.

What are the ingredients of Indomie Seasoning sachets?

Indomie’ seasonings are dried plants powder, and extractors of natural plants extracted and mixed to form the spices of Indomie.

Glutamate is an amino acid normally found in foods that contain protein such as meat, vegetables, poultry and milk.Monosodium glutamate (MSG) is a sodium salt in glutamic acid (Glutamate), which is a flavor enhancer used effectively in the modern century to produce a bitter flavored food.
When you add mono sodium glutamate to the food, it gives it a flavor like that it occurs as a result of the naturally glutamate making which composed of water, sodium, and glutamate. When eating, the body split mono sodium glutamate to small amounts of sodium and glutamate.
The sodium glutamate is produced through a process of fermentation (fermentation that’s similar to the one used in the manufacture of soya sauce, vinegar and milk) where the process begins with fermenting corn, sugar beets or cane, and the result is pure white crystals melt easily and mixed well in so many food.
Mono sodium glutamate can be used in a lot of delicious dishes that contain meat, fish, poultry and many vegetables, also in sauces, soups, and pickles.
It is worth mentioning that there is no restriction of using mono sodium glutamate as an additive material to food because scholars and officials boards such
as the Expert Committee on Food Additives (JECFA) * of the United Nations included mono sodium glutamate in the category of safety, “Acceptable Daily Intake (ADI) Undecided” on the basis of comprehensive scientific data
Several international organizations has conducted independent medical, scientific in-depth and comprehensive studies about mono sodium glutamate and all reached the same result. Monosodium glutamate has proved safety again.

Is the wrapping film that Indomie is packed in, healthy?

The wrapping film of Indomie and the seasonings are healthy and conformed to the American Food and Drug Administration specifications; FDA 21 CRF 177.1520

Does Indomie cause over- weight?

Indomie’s content of fat and calories don’t cause over- weight because Indomie meal has about 330 calorie, and the body needs about 1800 calorie to do just the vital activities, and this number increases to do the daily different activities, it ranges between 2200 calorie for ordinary activities and 5000 calorie for the hard work.

Is there any preservative in the Indomie instand noodles?

No, Indomie instant noodles are manufactured with natural products and doesn’t involve any preservatives. 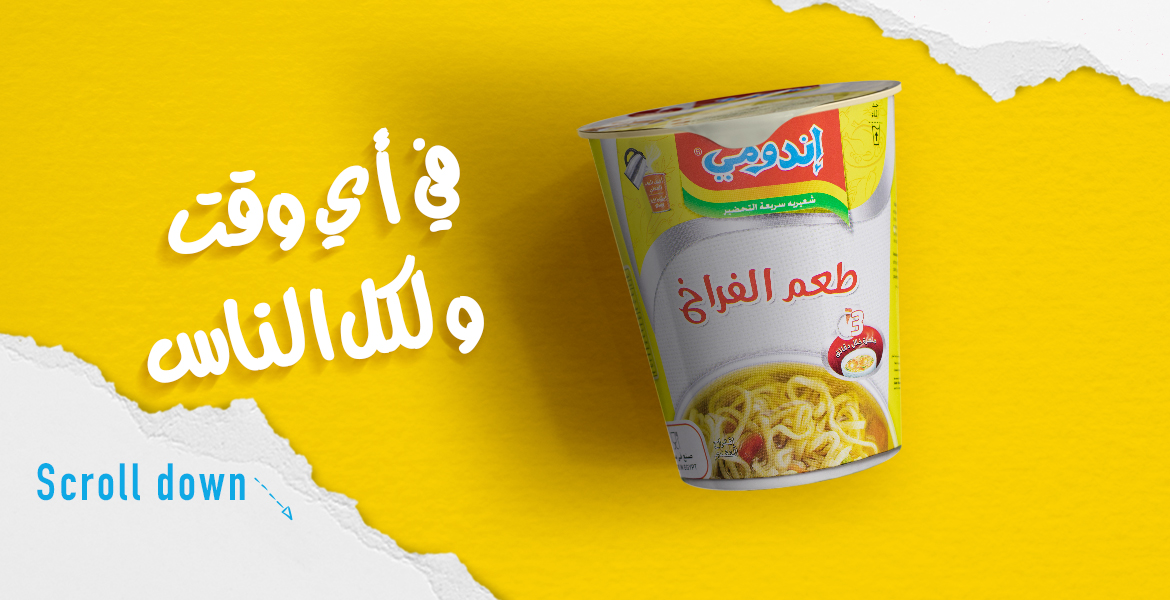